As the startup scene thrives in the catalan capital, so does the so called “Sharing Economy”. There are lots of startups and projects created under the umbrella of the sharing economy in Barcelona, many of them with some funding behind, and some also hiring. Many more are just projects without a commercial aim as we can see in this amazing list created by the website Comsumo Colaborativo.

Sharing Economy has existed forever only that today’s means for making it very scalable are at everyone’s disposal. Startups have responded fast to the challenge, the likes of Airbnb or Uber are the biggest examples that one could think of. They are paving the way for an army of smaller startups jumping in the bandwagon of the Sharing Economy, more often than not positioning themselves as the Airbnb of… or the Uber for…

This article will focus on Barcelona startups with funding which fall into the broad category of the Sharing Economy. My goal is to see what has the Sharing Economy finally translated into reality after all the fuzz on the media from the last few years. Also I will add all open positions in these startups as I think it’s an interesting metric to signal the kind of growth they are experiencing.

According to our database there are at least 11 of these startups born in Barcelona, here’s a comprehensive list of all of them in no particular order:

Swapping homes is not new, adventourous people did this back in the 70′ but it was something you really wanted to do. It was a long process with letters back and forth for a year before agreeing to exchange your place. Now it’s much easier, it’s like Airbnb but without paying. 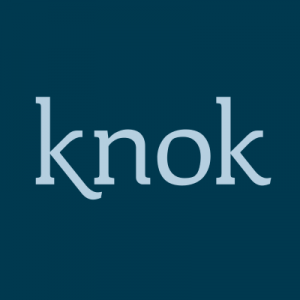 Another home swapping alternative like MyTwinPlace. It feels the idea has to work, right? staying somewhere for free, but will it reach a critical mass of people leaving their homes to strangers so it can eventually become a meaningful business? it still needs to be validated by the market.

Those Taxi journeys with the taxi driver and one passenger are gone. Now you can share your spare seats in the taxi with other fellow travelers. That’s sharing economy at its best, but a real challenge to make it convenient for all parts and achieve critical mass. In the meantime their are already present in cities like Barcelona, Madrid, Valencia or Bilbao.

With already big players like Drivy in the same business, SocialCar has quietly established itself as the spanish p2p car rental platform leader in Spain. The startup enables people who don’t use their cars to rent them to other users. Cars spent 95% of their time unused so it looks like a big oportunity and very convenient: users will pay less to rent cars while owners will get some money to cover some of the expenses from their vehicles.

London’s MyDogBuddy and Barcelona’s Bibulu merged last april to become the biggest dog sitter marketplace. Dog lovers can earn extra money while pet owners can leave their faithful companions in good hands. DogBuddy claims to have more than 10k registered dog sitters so it seems the idea has caught some traction. There is much room for growing as there are more than 60 million dogs in Europe according to the pet industry. 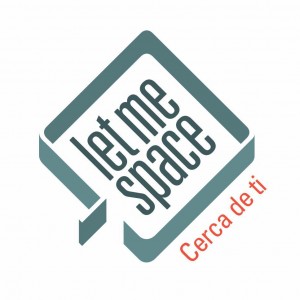 First it was sharing houses, then cars and now warehouses. LetMeSpace connects people with plenty of space with those who need some. The Airbnb of self storage as they describe themselves, the challenge I guess would be to educate people into thinking this is an option and at the same time make the process flawless, which is surely a very difficult task.

That is very exciting project, it gets really into the spirit of the sharing economy where local people offer their services to visitors. Everyone wants to feel like a local when traveling somewhere and that’s part of the reason for its success. The other reason is the cool activities you find in the marketplace, something very different from what you’d expect traveling through agencies. I believe there’s a really good opportunity for Trip4Real as more and more people is willining to try new things when travelling.

A marketplace for senior people who wants to share their place with other fellow seniors. Joyners is a beautiful idea because it helps those senior living alone share expenses and find company. The challenge will be to attract them into the platform as this segment  of the society is not the most internet prone of all.

Perhaps the oldest startup in this list Nubelo lets freelancers and companies get in touch directly. The freelance space is very crowded with many players, I’m sure that sooner than later “the Tinder for freelancers” will appear and disrupt this market again but in the meantime Nubelo is well positioned as leader in Spain and Latinamerica.

Cronnection is a marketplace where you offer your time in exchange for something, not involving money. In real life there are many experiences of alternative societies without money, there are also networks of citizens exchanging things. Cronnection reflects that kind of demand and brings it to the internet so everyone can join. The startup has attracted some interest from investors and is growing its user base.

Tackling the problem of car parking is WeSmartPark goal. The proposition is easy, you have an unused parking spot then why not rent it to other people who might need it? Drivers can find a parking spot easily through the app and park at a cheaper price than usual. The perspective is very exciting as there are 430k+ unsued parking spots in Barcelona. If they can get owners put these empty spots into the platform it surely will change the parking landscape in the city.

The Future Of The Sharing Economy

The Sharing Economy in Barcelona has raised a total of 11.593.000 $, a modest figure in absolute terms but quite impressive in relative terms if we take into account that it’s just Barcelona. In terms of open positions the figure is low at 14 open positions to fill.

Does that mean they are not growing as fast as they should be? perhaps, this is a movement that’s just being born. As soon as technology helps a bit more, regulators adapt to these new realities and people gets used to this spirit it will be a win-win to everyone. Survive till this won’t be an easy task for these startups though.

I could be missing some other startups on the list so I would like you to let me know. Please note that this list is made out of startups born in Barcelona (or half born, as it’s the case for DogBuddy) and with funding behind. Note also that I haven’t included the likes of Wallapop, GlovoApp or GetYourHero on purpose, because I don’t think they strictly fall inside the “Sharing Economy” category.

I might be wrong! please make your points and let me know in the comments below. This could lead to a debate I would like to have with all you:

¿What actually is the Sharing Economy?

February 02, 2021
We use our own cookies and cookies from third parties to measure your activity in this website and improve the service through analysis of your browsing activity. If you continue browsing, we consider that you accept their use. You can change this configuration and obtain more information here.